The tragedy of Willow Creek continues to unfold before our very eyes.  And it is beyond tragic.  But there is hope!  Can it survive?  I believe it can.   Here is how:

Remember, Bill Hybels’ sin does not negate God’s work in and through Willow Creek.

Some wrongfully conclude that because the dark underbelly of Bill Hybels has come to light, the entire 42 year ministry of Willow Creek has been negated and its foundation was built on sand.  I don’t believe that is true.  The gospel has been preached over the years at Willow.  Thousands have responded by faith to the redemption that Christ offers.  Thousands at Willow Creek serve one another and the community weekly in Christ’s name.  My opinion:  gradually over time, as Bill’s stature increased nationally and on the global stage so did his propensity towards narcissism and his abuse of power.

Gradually, the worship of the ‘80’s and 90’s was replaced with the stage performances of the 2000’s and beyond.  Willow needs worship leaders that will usher us into the presence of God, worship leaders that know where we live in our daily lives and who have spent time in God’s presence themselves.  Think:  Joe Horness.

Additionally, Willow has always struggled with the proper emphasis of Scripture in weekend services.  I thought this issue was on its way to being solved with the REVEAL study 10 years ago when it was clearly revealed that Creekers wanted to be taught more Bible!  There was an improvement made, but gradually over time there has been a digression back to giving talks with only verses interspersed to support the talk’s topic. We need to first and foremost teach Scripture from the pulpit and show how it applies to our daily lives.  Scripture can be trusted to impact us.  “For the Word of God is alive and powerful.  It is sharper than the sharpest two-edged sword, cutting between soul and spirit, between joint and marrow.  It exposes our innermost thoughts and desires.” Hebrews 4:12 — Think:  Don Cousins

The message of forgiveness through Christ has always been true, no matter the messenger.  The revelation of Bill’s corruption does NOT negate God’s work in and through those who call Willow Creek their church home.

Heather Larson and the elders must resign now!

It is incomprehensible that the elders of the past 5 years allowed / encouraged / charged Bill Hybels to pick his own successor while he was under investigation for sexual misconduct.  What organization does that?  No organization, unless it is one that is run by an exceedingly powerful narcissist who has hand-picked his own lieutenants to do his bidding.  If secular companies would avoid such a grievous error, how much more a Christian church that is charged with reflecting the person of Christ?  Bill Hybels picked a woman to be the lead pastor who worked alongside him as executive pastor for years, Heather Larson.

Heather Larson has betrayed herself continually since the very first “Family Meeting” on Friday evening, March 23, 2018 after the first Chicago Tribune article alleging misconduct on the part of Bill Hybels.  In her introduction that evening, Heather alluded to a time some five years previous when she was warned to “get out of Willow Creek.” My first immediate thought: that statement was not vetted by Mr. Hybels!

What did those people know that was so nefarious that Heather Larson should get out of Willow Creek?

She proceeded to say that God had given her peace about remaining at Willow.  And she went on to describe that the evening was designed not to attempt to change people’s minds.  They simply wanted to give information from the perspectives of the elders and Bill Hybels.

I was surprised that the elders called another Family Meeting to be held on Monday, March 26, 2018 … that meeting was videotaped and posted.  I watched Heather’s Monday introduction with great interest.  Would she mention the warning that she received some 5 years previous that she did not heed?  Nope.  No mention of the warning.  And gone was the unbiased introduction.  Rather she staunchly stated that she supported the elders’ investigatory conclusions.

She has continued the narrative of defending the elders and Bill … until she no longer did.  I will not recount her missteps here.  Others have done so repeatedly.  I don’t know how many ways and times I and others can call for Heather’s and the elders’ resignations for the good of the church.

I must insert an update here:  While completing the writing of this post, an “Investigation Update” arrived via email from Heather Larson [8/6/2018 1:40PM], explaining the latest quest by Heather and the elders to investigate the women’s claims of abuse. The first thing I noticed was the lack of any mention of collaboration and/or approval by the women regarding this 5th investigation.  I checked to see if the women were aware of these new investigation plans?

Answer:  No.  They had told the elders that they had botched the last four investigations and while the private investigator came up with no victims nor evidence, Christianity Today, The Chicago Tribune and New York Times had no problem finding both.  The women have asked the elders to do the right thing and apologize immediately to all of the women and their advocates for slander, lies, and collusion.

My call for Heather’s and the elders’ resignations stands.

If . . . IF . . . she and the elders are more interested in the church’s future than their own, they would confess their miserable performance and resign.

I have heard from many many Creekers who privately state that Heather and the elders ought resign.  Would that they now share their voices publicly. 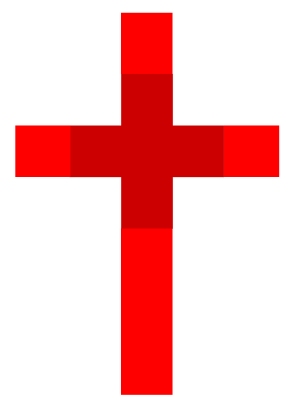 Creekers, Heather and the elders will listen to you, but you must speak up.  They equate your silence to agreement with them.  Speak up for your church’s future.

To Scot McKnight’s point, a transitionary leadership team could be assembled to provide the necessary guidance to move Willow into the future without Heather and the current elders — a little more on this below.

“The Lord is close to the brokenhearted and saves those who are crushed in spirit.” – Psalms 34: 18

May the abused not lose heart.

Willow Creek Must Put Bill Hybels Behind Them

Everyone agrees that so much pain and shame and confusion could be / could have been avoided if Bill Hybels humbled himself, confessed his wrongdoings and repented.  Unfortunately, as Dr. Jim Bedell has expertly explained, narcissism is one of the most difficult psychological disorders to overcome.  The narcissist’s narcissism keeps him from admitting wrongdoing.

To wait and hope for Bill’s confession is most likely a vain wish.  It is probably not going to happen.  How many women have to come forward?  How many psychologically damaged and bullied ex-staff of Willow have to reopen old wounds for Bill to confess his power-mongering?  The number is irrelevant.  Odds are … he ain’t confessing.

As is true for Heather Larson and the elders, if Bill cared so deeply for the church, he would see the damage he is causing and come clean, for the good of the church.  Unfortunately, he has only expressed care for himself and his own self-protection.

So Willow must move on without Bill’s confession.

Willow Creek Must Evaluate Every Ministry

Before Willow secures another senior pastor, EVERY ministry needs to be reevaluated. Does it reflect the heart and mandates of Christ in Scripture?  Or does it reflect the person of Bill Hybels and his personal interests?  This must be done honestly and without bias.  This evaluation cannot be administered by the faint of heart.  It must be ruthlessly performed.

Are there ministries that should receive less emphasis, more emphasis, eliminated, added?  Example: for 42 years, Willow has needed a ministry to effectively follow up and nurse the hundreds of new Christians that are born into the family of God each year. Should such a ministry be a priority in Willow’s future?  My opinion: Absolutely!

Only when these questions are answered is it wise to choose a new senior pastor. Willow must find a senior pastor that aligns with the church’s future vision.

The Willow Creek Association Must Go Back To Its Roots

The WCA is getting it backwards.  The church is intended to influence business with Christian principles for the glory of Christ, rather than business to primarily influence the Christian church with marketplace ideas.  We want the church to look more like Christ rather than Facebook or Ford.

Another recommendation for the GLS:  church and ministry leaders need to be honest with themselves.  Bigger and bigger can be intoxicating and seductive.  It is not difficult to claim that it is all for God’s glory, but in our private honest moments we would have to admit it is for our own glory.  The necessity for ruthless honesty and accountability within our ranks has never been greater.

Are you taking regular contemplative looks in the mirror?

Are you inviting others to bravely speak into your life?

We have seen where neglecting these necessary personal evaluations can lead.  These are not optional. They are necessities going forward.

Scot McKnight has called for this multiple times.  I am confident that there are national Christian leaders who would lend their wisdom and expertise in aiding a sister church in its quest to corporately repent of its sin and to move forward to reflect Christ to a world that desperately needs Him.

Additionally, a governance policy for independent Willow Creek Community Church must be put into place that would include outside accountability so that the tragedy we are experiencing will never again be repeated.

Don’t give up on Willow Creek, everyone.  I haven’t.